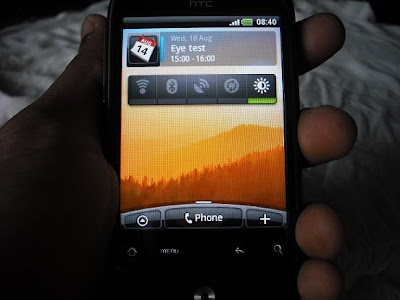 Just went through the online reviews before buying HTC Wildfire to see everyone cursing the display that "Its Pathetic". That is because of the resolution. The screen is large enough(3.2") to show everything, but the resolution is just 320 x 240 pixels. 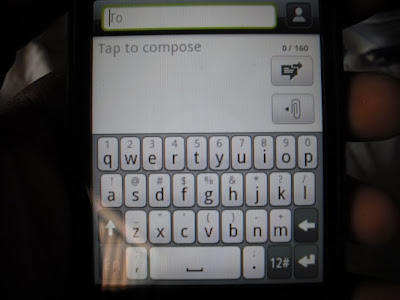 But this is in no way a set back. Just optimize the home screens and other areas as you want ,to bring out the best out of it. I even felt that, the OSK (On Screen keyboard) occupies , half of the screen when text-ing (new word huh! i mean messaging), but now i got used with it and even in many other phones which have higher resolutions the OSK will definitely dominate.

The first thing i want to tell is there is no irritating double tap, that we see in mobiles like Nokia 5800.The touch sensor is awesome and some times over sensitive. Whenever i take a snap of something and hand over the device to some one, they touch some part of screen while receiving it and finally they complaint that they see a different screen. The scrolling is damn smooth in all the directions (only standard directions :P) and the touch responsive is very good. The haptic feedback vibration will make you feel like as though you are touching some real object. Most of the selection operations are right intended , so lefties must try be to use their right hand or they will have to work across the screen.

Some people might be struggling around the screen to find some critical options missing like message forward, copy , paste,edit etc. Dont worry , all these menus are available. You need to touch and hold the screen for a second to discover all context menus. This is similar to the right click in the traditional PCs. 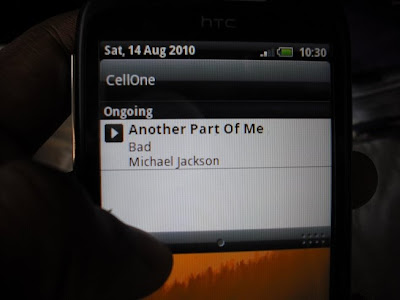 The Notification are is another brilliant and vital portion of the screen. You can see the panel sticking to the top of the screen everywhere. It will show alert for New Email , New Messages , Current Song , Open Wifi - Network etc. To open the notification area , just touch the panel and drag it down. You could see a animated banner coming down along with your fingers (really nice.
If you have a big finger you might struggle in the beginning to invoke the menu as it is very thin.

Here comes the multi touch feature of HTC Wildfire. I have seen this pinch zoom in a bit higher end devices like Apple , Nokia N8. The rule is now broken. You can enjoy pinch zooming for just 15K in this mobile. You can zoom any corner of the image with a pinch or just double tap the area, it is zoomed to the fullest. Pinch zoom works in Image gallery, Browser and Home screen. In home screen ,pinching will show all the workspaces as tiles, and you can select the workspace by just a tap over it.

Of course its an old and must be feature of any Touch Mobile. HTC Wildfire is not an exception for it. The accelerometer is used fully in games and you can a find one such game 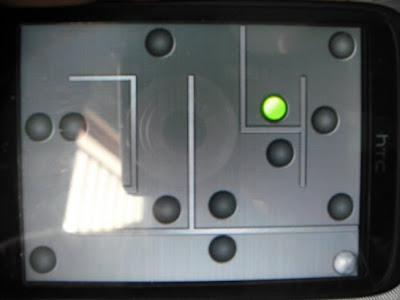 Teeter where you can play the game by holding the phone in any direction.But , it is not the same in the case of image gallery, where the rotation works only in anticlockwise i.e you can see a image in Potrait or Landscape mode. Rotating the phone clockwise will cause no change in the screen. You can bring out the full feature of the AM , by discovering new games.

Anonymous said…
you must know that HTC Wildfire reacts immediately on your every command as it runs on android 2.1.Most of those carry either good looks or intelligent functions. If you want enjoy both the things with one device then go for HTC wildfire.
March 31, 2011 at 5:03 PM

ritesh singh said…
the best phone available in market at this price
the camera is sharp so pictures are awesome.the optical trackball works quite well and the touchscreen works well too a single touch is enough so go for it
April 1, 2012 at 12:15 PM