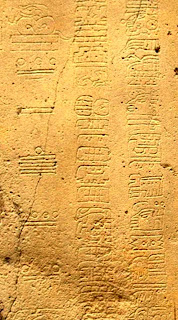 This is a hottest question around the world and am no exception for that.Still there is no clear evidence about what is going to happen.Theoretically , the Mayan calendar ends.After that a new Era emerges, which will be similar to restarting the world.

Assuming this as just an assumption. The Assumption is based on the fact that scientists believe that, the planets and other bodies in space, might undergo physical changes (Spiritual in case of Astrologers) which might cause a natural calamity.

The Universal fact says "EARTH WILL BE ALIVE AS LONG AS THE SUN IS". So it is clear that, world will not end, but we will face an end.

The actual meaning of the phrase "WORLD ENDS" is , the huge mass called EARTH should explode and scatter into the space as small pieces losing its gravitational force. So there wont be any chance for living creatures to exist once again.

But research and prediction say, EARTH will be restored after a huge disaster. Living creatures will not survive the disaster.