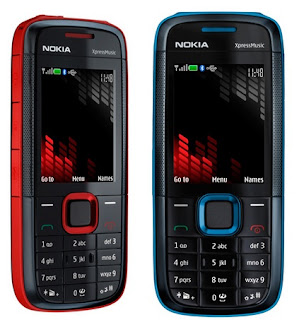 iPhone, a status symbol. Even though iPhone lags behind all other phones in features, it should be given double credits for its' audio quality. iPhone would deliver a good piece of audio even in mediocre headphones, such that many testers consider iPhone audio curve as a benchmark to compare the audio quality of other phones.

While testing the mobiles, the comparison of iPhone and an another phone, the another phone does not have any audio curve. The testers then realized that, the audio curve of both iPhone and the other phone matched and appeared together. The phone is none other than Nokia 5130 XpressMusic, the successor of Nokia 5220 XpressMusic. This might sound a little different but its true. Nokia delivers top notch audio quality. The audio playback is 24 hours, says Nokia(through headphones).

If you are a music freak, then why go for a 30K mobile, when you can get the same in just 5K.