Seriously , this could be an ultimate entertainment. Even i use to play CS the whole day. CS is an international game.This is not just a game, but beyond.Official tournaments are being kept and you can see some of them in televison , where players die hard to play and win the game.Here are some descriptions about what i know in Counter Strike.

Condition zero is the first version of the Series. With very minimal graphics and decent weapon models. The Environment, objects around map are fairly modeled.Funny thing in this version is , when u shoot your enemy, blood sprinkles in pieces not drops. This is not a most played version, but still a good one to start with for the beginners.The main disadvantage is that, you need a separate software to search for the available serves. 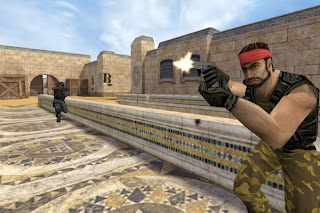 If you know the IP Address , then you can join directly using connect