Tetris, one of the most played game ever. Starting from hand held games, 8-bit Games to PC. It has reached children and even my adults to a great.

Whenever we are bored, just open Tetris and start building block. This also one of the games which had many variants such like Jewel Tetris, Brick Tetris and much More.

It was invented bt a Russian Mathematician Alexey Pajitnovth in June 1984. 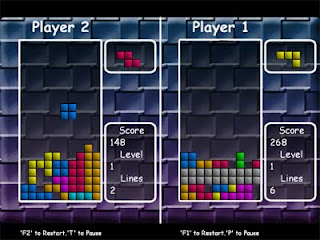 The first PC to run Tetris is IBM, which turned to be a big hit.

Even though it doesnot deploy heavy graphics and absolutely no story(:D), it still has a great effect and has a reason to play.

One reason why Tetris is so enduring is that it transcends culture. It is beyond language. It is part of a universal desire for order," Ultimately, it's a mental sport, a mix of fun and mental stimulation."